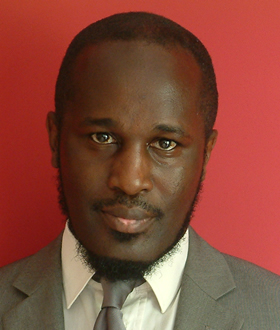 My lifelong search for my perfect mouthpiece had come to an end; and yet begun at the same time. From the moment I played an Aizen mouthpiece I simply knew that I・ｽfd found the perfect one to let me to play without compromising my sound.

It allows me to create that warm, rich tone that I・ｽfve always had but found it difficult to reproduce on other mouthpieces. It・ｽfs impressive to play on in all genres of music and meets the essential requirements for the different styles I love to play.

In my view Aizen mouthpieces have created a masterpiece, the missing link between the old sounds of yesterday and the new sound of the 21st century. I truly love this.

Born in Nottingham to West African parents, the playing career of saxophonist Tony Kofi when he chanced upon a series of jazz workshops, run in Leicester by Nick Hislam. Tony also took lessons from local saxophonist and jazz mentor George Carmichael and was bitten by the jazz bug and made a point of making the journey to go along to each session. This laid the seeds for what was to come, a four-year stint at the legendary Berklee College of Music in Boston Mass. USA, on a full scholarship music diploma.

While in the US, Tony studied with such musical luminaries as Andy Magee and Billy Pearce, gaining invaluable experience that he then put to best use when he returned to the UK. From 1991, Tony was part of the UK・ｽfs leading jazz group of the time  The Jazz Warriors. This band was (and, indeed, is, in its current form of Tomorrow・ｽfs Warriors) a hotbed of young talent from the UK jazz scene. Tony was also vital part of Gary Crosby・ｽfs Nu Troop; this was a big stepping stone for his solo and ensemble work, contributing massively to his own solo projects and educational projects. Tony is still committed to this ethos, regularly running his own workshops and giving individual lessons.

The Tony Kofi Quartet is dedicated to bringing the music and genius of the 20th century jazz composer, Thelonious Sphere Monk, performing his complete works to new audiences in celebration of his unique improvisational spirit and formidable creative output. Since 2000, Tony Kofi, Jonathan Gee, Ben Hazleton and Winston Clifford have been building their repertoire of Monk’s compositions, all 70 of which were performed in a groundbreaking, marathon six-hour concert at the 2003 and 2007 London Jazz Festival. The Quartet’s 2004 album, All Is Know (Specific Jazz SPEC001), features a selection of Monk originals with additional string arrangements by composer Philip Clark.

Between 2003-2004 Tony was an integral part of the late Andrew Hill・ｽfs Anglo-American Big band and Sam Rivers Rivbea Orchestra.

The Tony Kofi Trio +1 is yet another project of original compositions by the double award winning Saxophonist/Composer, which features Byron Wallen, (Trumpet), Anders Olinder (B3 Hammond Organ) and Winston Clifford, (Drums). The group also augments into a six piece as heard on their 2006 album titled Future Passed (Specific Jazz SPEC004), also featuring Robert Fordjour (Drums) Cameron Pierre (Guitar) and Donald Gamble (Percussion). The 2006 release, is a true music lovers album in which you get to hear the blues, gospel, jazz, funk, Latin, African, be-bop and beyond. It will take you on a historical journey, a journey of his own life experience, Future Passed.

In 2006 Tony got a call from saxophone Jazz legend David Murray asking him to join the historic avant-guard jazz ensemble the World Saxophone Quartet which formed in 1977,this is a milestone in British jazz, Tony is the first UK born musician to join the all american group since the passing of the late Saxophonist Julius Hemphill.

More recently Tony has been working with the Harry Connick JR big band performing on the Michael Parkinson show, The Paul O’grady show and a live BBC jazz line up recording. Tony also performed on the Parkinson show with music legend Joe Cocker, and a committed member of the Courtney Pine・ｽfs Jazz Warriors

More recently Tony and his quartet revisited the Thelonious Monk songbook and performed all 70 of his works at the 2007 London jazz festival and received a standing ovation for their six-hour performance.

In January 2008 Tony took his quartet back into Specific sound studio to record their most recent album to date titled The Silent Truth (SPEC001) released April 2008.

2009: Has most recently has become a member of EKAYA led by South African legendary composer Abdullah Ibrahim.

2009: Tony quartet headlined was well received at the Rochester Jazz in New York and Manhattan.

2010: Tony is exploring jazz standards with his newly formed trio Standard Time featuring David Chamberlain (Double Bass) and Rod Youngs (Drums) The group plays classic jazz standards rearranged to give that fresh sound of today, and utilising every instrument to its fullest range. Kofi displays an innate ability to swing using hooks and grooves whilst never losing the essence to sound original.

2010: Tony has just returned from New York after recording an album with Jamaaladeen Tacuma and the father of the modern free jazz movement Ornette Coleman.

Education is central to my current activity,currently teaching at St. Andrews roman catholic school in Streatham (KS 1,2,3,4) and also working with EBD (CHILDREN WITH EMOTIONAL AND BEHAVIORAL DISORDERS ) ages 5-16 years old in the Surrey area. (St. Nicolas school & The Fordway centre) My aim is to communicate the beauty of music to children and older students  to inspire them to develop their own creativity through the process of composing and performing. Emphasis will be placed on attentive listening and creative expression where students will have the opportunity to develop as individual soloist and in a group environment.

Furthermore, musical traditions from other parts of the world such as South America, Africa, India and Jazz, Blues and pop music will be introduced. This will provide a wide range of musical experiences and references for the children, enabling them to learn about another musical cultures, and providing them with the opportunity to experience different aesthetic experiences. This will complement their studies of European classical music which will also be taught. The children will be introduced to a variety of teaching methods that incorporate the traditional teaching perspectives of the culture. The importance of rhythm, form, melody and practice will also be explored.

As we start our exploration in music we begin by looking at similarities, much like having a conversation with someone you have just met. The aim is to have fun with music and to play it or sing it. The beat of our hearts, the rhythm of tube train sounds, even the sound of someone eating cornflakes. This is disorganised sound that we would not necessarily call music, but these sounds could be the basis of musical masterpieces when organised by a creative mind. The children will be challenged to develop the techniques involved for musical organisation, and develop improvisational and compositional skills.

The workshops will be developed to start very simply with fundamentals. They will then incorporate more complex teaching material and techniques including ways to practice, skills in writing musical notation by hand and working with computer notation programs like Sibelius. Where possible the use of video footage of musical performances, making of instruments and other relevant information will be used as well as slide projections and audio recordings to provide a more complete picture of relevant material.