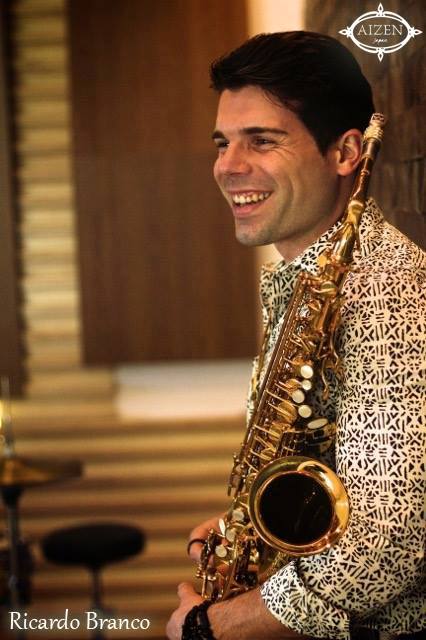 Ricardo Branco, was born on February 17, 1986 in Portugal. Began in 1999 to study saxophone in the Philarmonic Band Volunteer Fire Department of Torres Vedras (PBVFTV).

He joined that year at the Music Conservatory “Luis Antonio Maldonado Rodrigues”, where he attended classes for five years, with the teacher Victor Carvalho. It was in his last year of course for the National Conservatory of Lisbon.

In 2004 he began studying Jazz in the Jazz School of Torres Vedras with Jose Menezes.

In 2006 he joined the Portuguese Air Force Band where he was until 2013 as saxophonist. For the service, brought a Public Praise for several values, including the “high artistic quality ” and a copper medal of exemplary behavior.

In the academic year 2009/2010, concluded by the 3rd and final year of Jazz at the Music Academy in Lisbon.

In the academic year 2010/2011 began his studies the Higher School of Music in Lisbon Jazz Saxophone strand.

He teaches saxophone at the International School of Torres Vedras, PBVFTV Academy and the particular level.

Performed shows with various bands and solo sets, both national and international level, within various genres. His ambition leads him to study daily and to invest the most in their training.

Countries who has performed: