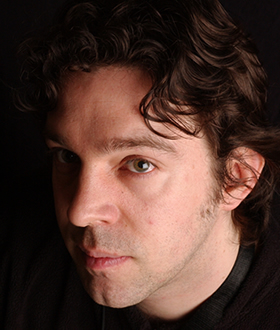 The Aizen Jazz Master alto mouthpiece is the closest mouthpiece to an old New York Meyer that I’v tried.

Christian is one of the most lyrical and soulful alto players to have emerged from the UK in recent years. Loved for his melodic playing and pure tone, he has risen to prominence on the British jazz scene. He is now a regular at London1s prestigious Ronnie Scotts and both he and his band are in great demand.

His musical roots besides jazz also include funk and groove orientated music. This has lead to commercial work with reggae trombonist Rico Rodriguez,BB Seaton, Push, Paul Weller, Ottis Grand and the Ragga Twins amongst many others. This diversity has enriched his musical outlook and is evident in his style of playing and composing, whilst never compromising the authenticity of the jazz.

Christian studied at Leeds and The Guildhall School of Music. However, the defining musical inspiration came from playing alongside Julian Joseph and the Mondesir brothers at Ian Carr1s jazz London fusion orchestra. He has gone on to play with some of the finest players Internationally: Chano Dominguez, (premier Spanish jazz flamenco pianist who is taking Europe by storm), Andrea Pozza(Italy),Yutaka Shiina (Japan),Jim Mullen,Damon Brown ….

In the UK Christian has worked extensively with trumpet player Damon Brown, touring England, Scotland and Italy. He has featured on two of Damon1s CDs (see below) and performed at Barcelona1s Jamboree. Since 2000 he has been leading his own group featuring Leon Greening, Tom Herbert and Sebastian Rochford. His debut CD has won much critical acclaim, both at home and abroad. In 2003 the group performed at the Barcelona Masimas Jazz festival in August, toured the UK and successfully completed their third week at Ronnie Scotts in two years. In November 2003 Christian was invited to play in Macau Jazz Festival (Hong Kong). This lead to an extensive 3 week tour of Portugal in 2004 (alongside English trumpeter Quenton Collins) finishing in the prestigious Hot Club of Lisbon.

Christian formed his quintet featuring the multi talented Jim Hart on vibes,Tristan Mailliot on drums, Phil Donkin on bass and Leon Greening on piano. The group played 2 weeks at Ronnie Scotts during the year and recorded a live CD there, which is due out on the house label. The group toured the UK during 2005; played at Swanage, Scarborough, Villa Real and Lisbon international jazz festivals.(Portugal).During the summer of 2005,they recorded their highly acclaimed CD:Seesaw, released on Basho records in May 2006.

Both of Christian’s CDs have won acclaim in Europe. In the International Jazz Competition of Granada (Spain) his previous CD (Introducing Christian Brewer) came second in the competition in 2004,and during 2005,the group occupied the runner -up spot again with a special mention.

In 2008-2009 Christian has formed quintets with leading tenor saxophonists Renato D’aiello and Alex Garnett and performed at Dourro(Portugal) and Teignmouth Jazz festival. In 2010 he performed with the Andrea Pozza European Quintet in Ancona,Spezia,Turin and Roma and is due to tour the Uk with his European quartet featuring Andrea Pozza,Shane Forbes and Tom Farmer.They plan to record a new cd with 33 Records in October.